A young slick 5 piece of highly experienced musicians that play a plethora of hits based on the Soul, Funk, 80’s and Pop movements of the last 50 years. Energetic and armed with an arsenal of floor fillers this band will get everyone up and dancing! You have to check out their cover of Prince’s Purple Rain- it’s incredibly good! This band also sounds great with a saxophonist!

A young slick 5 piece of highly experienced musicians that play a plethora of hits based on the Soul, Funk, 80’s and Pop movements of the last 50 years. Energetic and armed with an arsenal of floor fillers this band will get everyone up and dancing!

“I can’t express how professional and musically talented The T Tones were. Everyone from our wedding was up and dancing (even our grandparents!). We have had friends ask us about the band and comment on how good the music was. We would not hesitate to recommend you to future couples. Thank you guys!”

About The Band:
The T Tones are a slick five-piece band that has played at a range of weddings and corporate shows over the past few years. They have played for the likes of Debenham’s at their regional Christmas party as well as performing at countless weddings and birthday parties across the UK.

All band members have studied at musical universities including Bristol Institute for modern music. 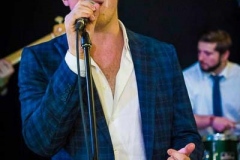 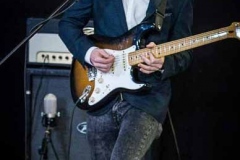 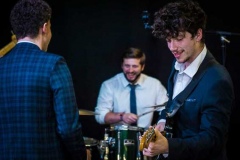 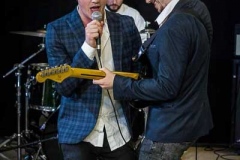 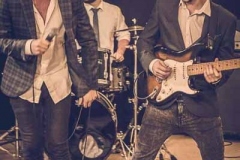 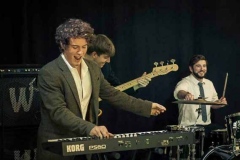 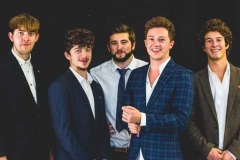 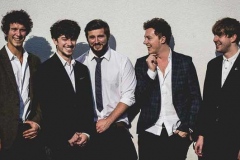 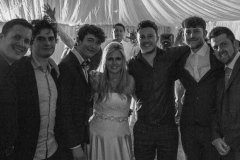 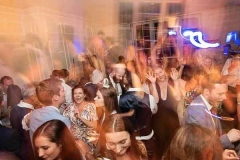 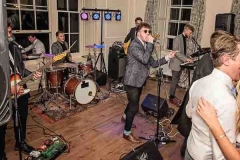 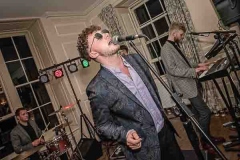 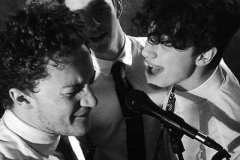 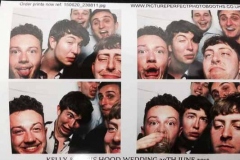 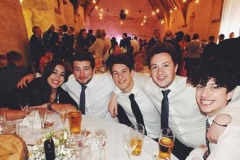 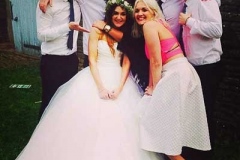 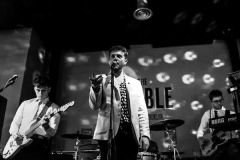 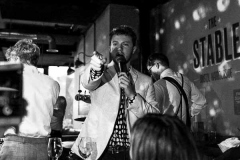 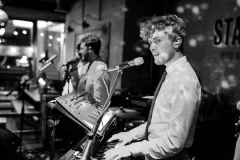 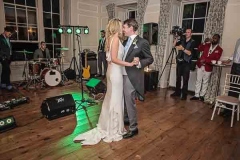 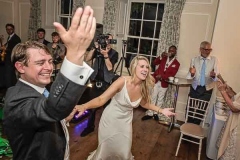 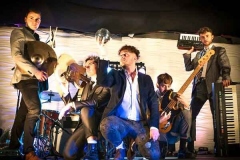 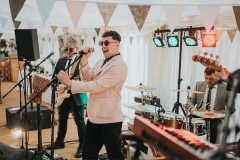 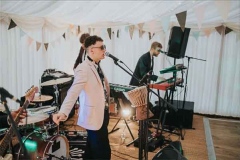 Full PA and Lighting suitable for up to 300 people.

For bigger audiences, please enquire with us and we can quote for a larger PA system or advise on suitable setups to suit your needs.

“A huge thank you to The T Tones and Richer Music. The band were spot on and perfect for our wedding.”  Customer review by Liz and Howard Baylis

“The T Tones were fantastic! We were so happy that they could play at our wedding. Thank you so much guys.”  Customer review by Lucy Jones

“We had such a great time with you guys ending the night perfectly. Thank you so much for all the effort you put in. We were so pleased to hear your version of Happy for our first dance, it was perfect!”  Customer review by Luke and Emily Porter

“Where do I start?! You guys were superb. My husband was so happy with the band for his surprise 40th! We will definitely be back after we find another excuse to hire you again.”  Customer review by Leah Keelan

“The T Tones were perfect for our joint birthday party! We asked them to play a particular song that we had for our first dance a few years ago and it was perfect. We would highly recommend them to anyone looking for an energetic party band for their party!”  Customer review by Emma and Dan Pope

Please excuse the delayed message, but Stella and I have only just returned from our honeymoon. We just wanted to give you a huge thank you for all you efforts on our wedding day on 15th October. You were terrific and really got the whole party on the dance floor! The energy you brought was utterly contagious and irreplaceable! The saxophonist, Ella, was also absolutely fantastic too, really adding to your already tight sound. Thanks again for everything, you really made our evening. Edward Lee  – Bristol

The band were brilliant. They got all our guests up and dancing and we loved how energetic on stage they were. Really nice guys and a pleasure to have at our party. Terry and Ann Crafer – Bristol

What can we say – a great band with great guys. They even let us get up and sing a song or two with them. Thank you guys! Barry and Helen Colins – Cardiff

We could not have asked for more. I would highly recommend this band and would love to find an excuse to book them again next year! Emily Langport – Bath

We cannot thank you guys enough. It was a great surprise to have some live music at our party as it was organised by our parents. Thank you so much! We especially loved your Luther Vandross cover! Carl and Lisa Tucker – Swindon

Just wanted to send a quick note to say thank you to both the band and their manager. They made the whole process (weddings are stressful!!!) a complete ease. Their performance was both varied and exciting. We also hired the Photo Booth which was an awesome choice…so many happy memories! Stephen and Hannah – Bath

The band made the night do complete, getting people involved and getting everyone up dancing. There was something for everyone and once I got on the dance floor I did not want to get off! I would highly recommend the band! Emma and Jason – Gloucester

We were extremely pleased the band. They were absolutely amazing at getting the crowd involved, we even managed to get up and sing with the band! Everyone thought they were amazing! We loved them so much, we are wanting to organise an event just as an excuse to hear them play again! Tom and Heather Briggs – Bristol

The band were absolutely fantastic. We had guests dancing all night and the band helped create a fantastic atmosphere. There were calls for an Encore at the end and the band obliged with two extra songs which we did not expect but made us feel they were enjoying the party just as much as everyone else. I would definitely recommend this band to friends and family. Julian and Joanne Reeves – Bath

What a performance! Every song you played was a cracker. You made our night the most enjoyable wedding we’ve ever been to, and we’re so grateful. We’ve already been asked for your contact details by some of our guests, so hopefully we’ll get to see you again soon. Thanks again, you were superb. Helen and Richard Simmons – Barnstaple