The Club is a Pop covers band laden with energy! With a fresh sound, this band gives clear and crisp vocals with high energy musical accompaniment. All the members are highly experienced in the music industry. The bassist was in Funeral for a Friend, the drummer has toured with Adele and Jessie J and the lead singer has worked as a writer, showcasing artists like Taylor Swift and the Wanted. This band is not to be missed.

The Club is a Pop covers band laden with lashings of funk, soul, and rock! The Club is an experienced band in both the party band world as well as in the original music scene. As a collective, The Club has had several notable feats as individuals throughout their time in the music industry. Bassist Rich has toured the world as a founding member of the Alternative rock band “Funeral For A Friend.” Drummer Tony has been a successful touring and studio musician in his own right, touring with the likes of Adele and Jessie J. Lead singer Danny has worked as a commercial writer with paramount music showcasing for artists such as Taylor Swift and The Wanted, as well as touring with Westlife and George Ezra. 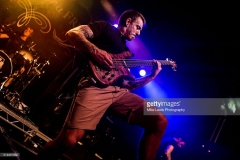 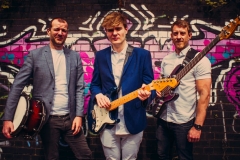 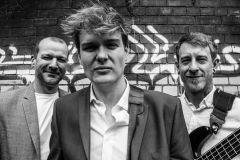 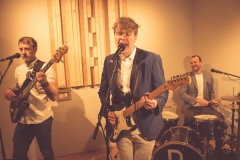 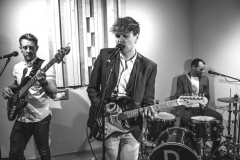 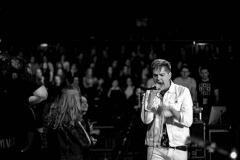 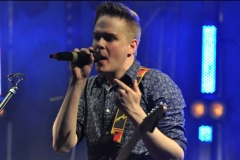 WOW! The band were fantastic and were a great addition to our product launch. The band worked around our needs as some of our timings were a bit approximate but this was no problem and they helped us every step of the way. Would high recommend and have already handed out their card to other colleagues and friends.
Jen Daliston, Devon, Wedding

Firstly, thank you so much to the guys. They were so friendly and put us so at ease on our big day!  The band got everyone up and dancing from the first number to the last and we cant thank them enough. Everyone was saying how awesome you guys were.
Harry Mannings, Somerset, Wedding

We attended our friends wedding reception on Saturday evening and this band was beyond amazing. Great songs played all night, drummer, bass and lead guitar/vocals were outstanding & they kept everyone on the dance floor. I’d love to hear them again. Would recommend to anyone looking for superb entertainment for any kind of function! Sophie & Paul Morgan Friends Wedding
One of the best bands I have seen at a wedding. We had the pleasure of hiring these guys for our wedding in May and they did not let us down! They had everyone up and dancing to a bit of Justin Timberlake and our favourite was their version of Ignition! Thank you so much. We cant wait to see you all again!